Our director in Germany, Michael Sommer, tells us about the genesis of the PHONE HOME project. 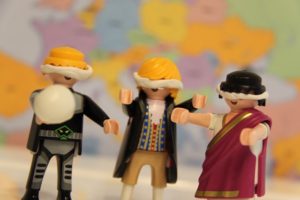 Once upon a time, there was a little theatre practitioner in Southern Germany who had just recently discovered the thrilling possibilities of live streaming as a means of communicating his art to the whole world. And while even the critics of the live streaming project in the little public theatre he worked at had to admit that it was not a bad idea, he thought: “Okay, live streaming a theatre production may be a productive tool of public relations, but can’t we use this technology on stage as well? Theatre is about communication, so let’s try to tell stories by using this.” So he formed the idea of an interconnected performance that would link different stages by Skype…

I’d like to tell you the unlikely story of how PHONE HOME came into existence, because thinking of how we put all of this together since mid-2013, it certainly is a small miracle to see how far we’ve come already. As I tried to convey in the little fairy tale above, the starting point was the question: It’s cool that we can now live broadcast theatre shows in fairly high quality by using live streaming. The strength of the Internet, however, is that it is not a one-way communication, but that there’s the chance of exchange, of feedback. So if we can open a door to OUR theatre in any place in the world with an Internet connection, we can also open doors to OTHER theatres on our stage. What happens in our city largely depends on what happens elsewhere, and maybe the ‘refugee crisis’ was what made us really experience the degree of globalisation that determines our lives. So if we tell stories of people leaving their homes in order to come to the promised land, Europe, we have to tell them in an interconnected way. 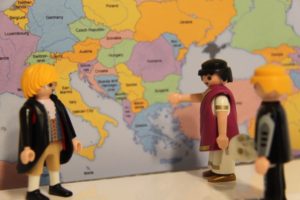 At the time, I wanted to realize this project at Theater Ulm, where I worked, and set out to find one cooperation partner at the Southern border of the European Union and a second partner outside, e.g. in Northern Africa. I activated all my contacts and asked for recommendations, I researched theatre companies in the African states, and after a while, a number of likely candidates emerged, a couple of emails were exchanged and then: A blind Skype date with a Greek director with an unpronounceable name. Which is when I met Yannis, and I don’t think I exaggerate when I say it was sympathy at first sight. We got talking, he was not only interested, but very well connected in Greek theatre and it looked as if we were going to realise the project with the National Theatre of Northern Greece in Thessaloniki in autumn 2014. With the Northern African contacts, I was not so lucky. Although I succeeded in establishing contact with very interesting theatre directors in Morocco, Tunisia and Egypt, the communication died away after the first Skype date. So Yannis and I decided we’d just do an interconnected show between the two of us, but the funding application that I had banked on failed and as it happened, Thessaloniki then didn’t see the possibility any more. By the time, I had already developed a very concrete idea for a production, it was definitely on in Ulm, so with broken heart we decided that REFUGIUM, as it was called, would not be an interconnected performance.

Yannis, however, didn’t give up. Even before REFUGIUM came out in October 2014, he had found a production company in Athens who had experience with EU funding and suggested that we apply for Creative Europe funding, which meant that we had to find a third cooperation partner inside the EU. Again, some high speed research for cooperation partners began, and through a friend in London I came into contact with Tom Mansfield and Upstart Theatre. They seemed quite untypical in the English theatre scene in that they actually did interactive shows and were quite experimental in other ways, too. We connected, I found Pathos München as institutional partner in Munich, and with incredible energy input from Highway’s Marilia Stavridou, we put together an application for a new production to be realised in 2015. When the funding was granted in April 2015, the REAL work began :-). 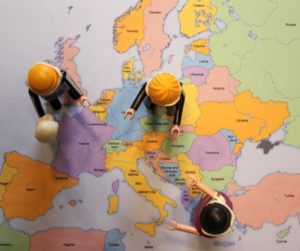 Now what is the punch line of this story? The classical way of establishing theatre cooperations is by getting to know each other at a festival, a guest performance, by travelling wide and far – and you know: You can either do this when you’re a reasonably well established free lancer with enough money and spare time to get around Europe or the world, or if you’re the director of a public theatre in Germany. If you’re neither, you work a lot and don’t often get the chance to network on an international level. BUT – there’s Skype. The possibility to get to know each other through video calls is a new one, and it actually very much resembles the way dating has changed with the arrival of the Internet. No, there isn’t yet such a thing as a matchmaking service for theatre practitioners, although, come to think of it, that might be a business idea. It’s the fact that you actually get an impression of a person when Skyping with them much rather than just talking on the phone or exchanging emails. We all know that marriages may be made in heaven, but they are played out on earth, so anything that is created in the cloud – like an Internet-based theatre cooperation – must prove its worth on real stages. We are all exploring how electronic communication can help us in life. In the case of PHONE HOME, at least, the transfer was successful: We have met in real life and there’s nothing that can stop us now.